I took Oliver to visit Santa hoping to get a good reaction.  I was hoping to use Oliver's first Santa picture for our Christmas card this year.  I figured either he would think Santa was hilarious or would be terrified by him.
Either way, I get a good picture.  Right?
Wrong.
I got this: 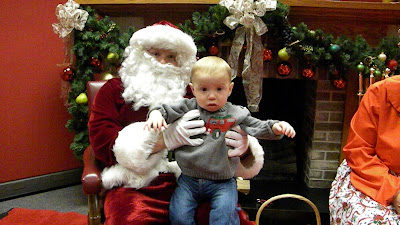 I think it says "Don't touch me"
So, Santa was a no go.
Maybe the Grinch?  Oliver has a stuffed grinch doll at home that he likes, maybe the Grinch will be a better photo op... 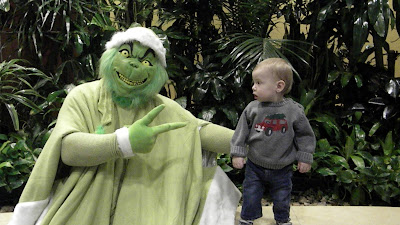 Hmmm...not exactly what I was looking for.
I was going to have to go with plan B.
I did get some cute pictures of him in front of a huge ornament display. 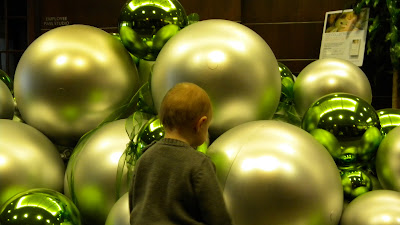 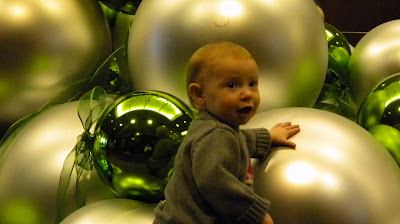 One of Andy's co-workers made an adorable Frosty the Snowman outfit.  I couldn't wait to put it on Oliver.
I told Oliver if he put on the magic hat he'd turn into a talking snowman. 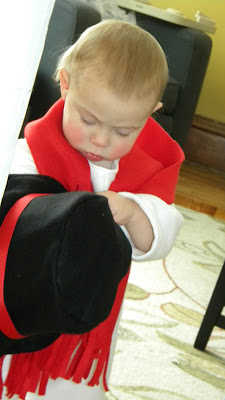 He was a little skeptical but he humored his mama and put it on. 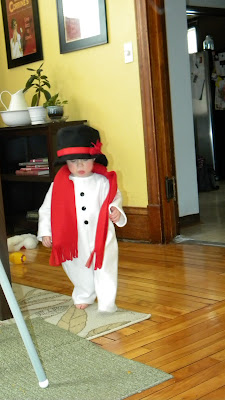 I love the buttons.  And the scarf.  And the hat!
Oliver does too, he's decided he wants to wear them all the time.
Here is the view from behind. 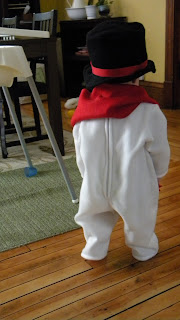 I think he makes a pretty darn cute Frosty! 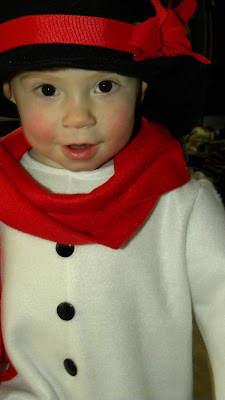 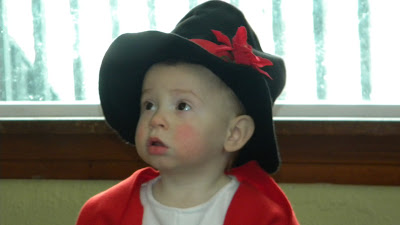 Posted by Ann at 1:02 PM No comments: Links to this post

Oliver has a toy monkey.  Its hands velcro together, so they have been...uh...inseparable. 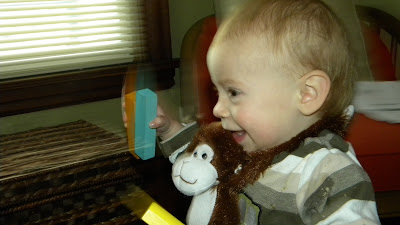 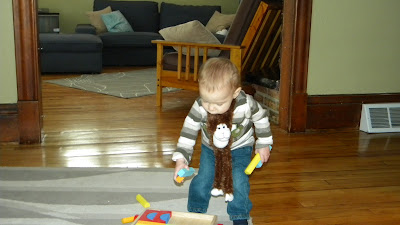 Oliver and Monkey, building with blocks.  They play really well together! 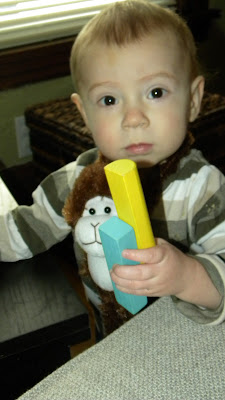 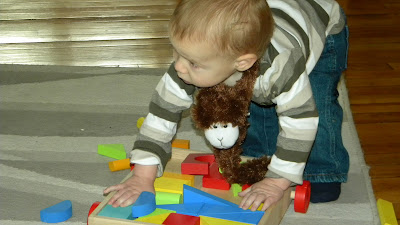 Oliver said "mama" today-- he's been working on it for a while but today he meant it!
﻿
Posted by Ann at 9:22 PM 2 comments: Links to this post

The boy can accessorize

Oliver has been entertaining himself lately by experimenting with different accessories--and let's just say I think he is quite talented.
There is the classic headband: 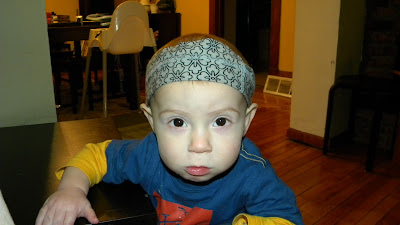 Then he tried on fall colors by getting decked out in Mama's sweater: 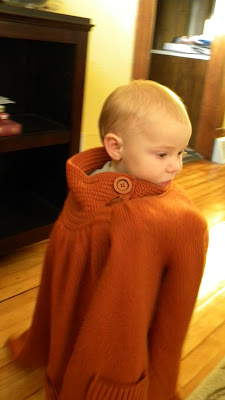 The most interesting of his fashion choices has to have been the kernel of corn.
In. his. ear. 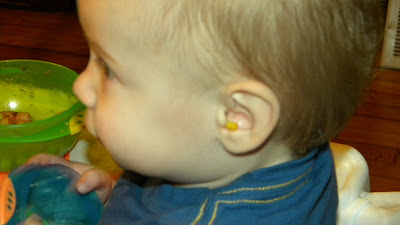 Welcome to toddler-hood.
﻿
Posted by Ann at 9:42 PM 2 comments: Links to this post